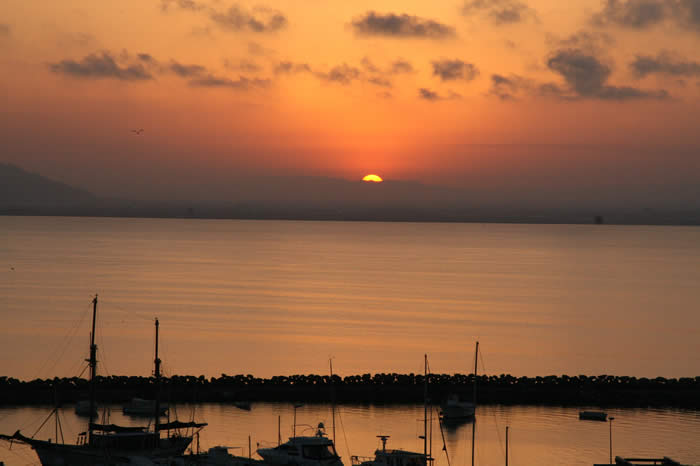 There are places where nature has provided conditions that have converted them into virtual paradises; there are few locations in the world where this privilege is doubled by geographic and environmental aspects, and La Manga is one of them. You should get to know it because the reward is also doubled.

La Manga del Mar Menor is a strip of land with white sand beaches, 21 km, in length, and average width of 300 m. The strip separates the Mediterranean Sea from the Mar Menor (the Minor Sea), which is a lagoon that has a surface area of 170 km2, and a maximum depth of 8 m., and is considered to be the World’s largest swimming pool, due to its calm and warm waters which are rich in salts and iodine, and maintain a temperature that is never lower than 18 degrees. 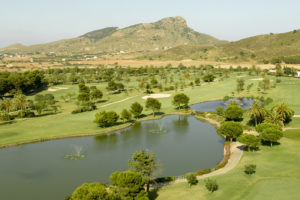 This natural environment, unique in Europe, also enjoys an excellent climate throughout the year, with more than 300 days of sunshine per annum and an average Winter temperature of 17 degrees and Summer 26 degrees. It is for these conditions that it always seems like Spring.

The nature here is abundant with life; you can observe flamingos and other migratory birds in the Las Salinas Nature Park, to the north of La Manga, and in Calblanque Nature Reserve to the south. In the Maritime reserve of Cabo de Palos-Islas Hormigas can be found the greenest sea beds of the Mediterranean coast line, a paradise for underwater enthusiasts.

A sea of health

The therapeutic properties of mud and clay have been known since antiquity. For centuries in the Chinese used them in poultices to cure inflammation. The remedies based on the use of clay and mud in their natural medicine treaties. These remedies provided the body with basic ions for its health, such as calcium, magnesium, potassium and fluoride, in addition to negative ions: chlorine and sulphate, and are found in much higher levels than are even expected in water with this degree of salinity. Furthermore, the measurement of the grains of sand in the area reveals high percentages of fine and very fine sands (mud and clay), that are the true artifices of the healing properties attributed to the mud. The pH is basic and ranges between 7.12 and 8.45. The foundation of mud’s therapeutic action is its great power of absorption, its mineralizing action, its capacity to neutralize acidity and its stimulating wound-healing effect. For this reason it is recommended for many types of skin pathologies. One layer of clay applied to the skin absorbs all the toxins of the peripheral connective tissue system and eliminates lymphatic toxins from the dermis. It acts as a kind of blotting paper for the skin. Its high calorie conductivity also makes it appropriate as an anti-inflammatory element in cases of rheumatism, arthritis, gout and for rehabilitation following a broken bone. It is also recommended for throat infections.

Thanks to the geographic conditions and the climate, La Manga del Mar Menor is probably the best place in the world for the practice of nautical sports. Two distinct seas, soft breezes, sunny days and a significant sporting infrastructures makes La Manga a sailors paradise; various sport ports, such as the Puerto Tomas Maesre or the Port of Cabo de Palos, numerous sailing schools, and diving clubs for the lovers of underwater activities are a few of the installations that you can find in La Manga. 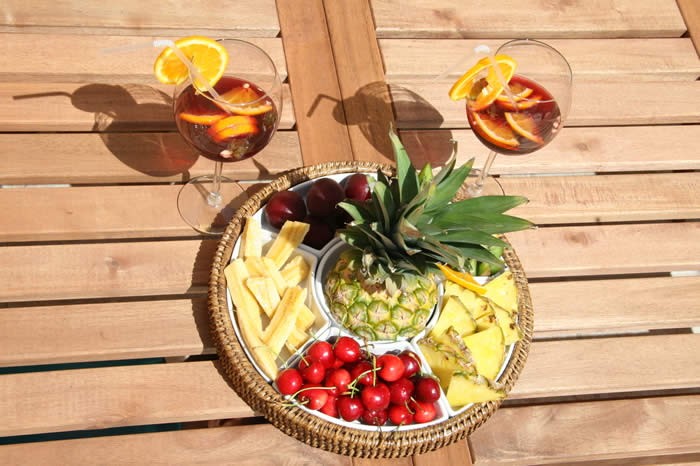 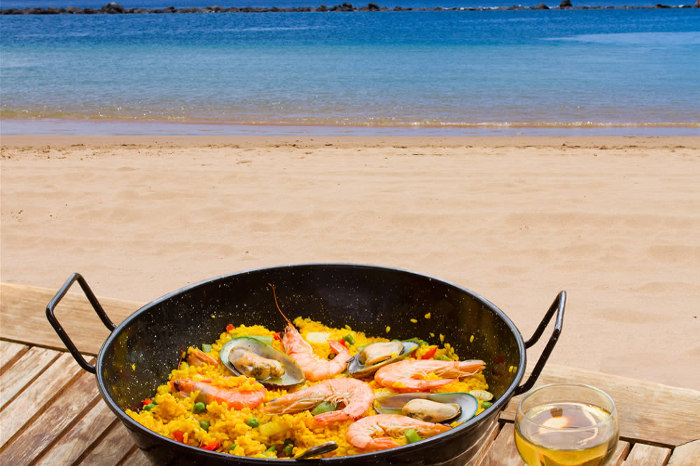 A world of flavours is offered to the visitors of La Manga. Fish and shellfish recently taken from the sea, prepared on hotplates, or as ingredients in the locally famous Caldero, a typical rice dish of fishermen. Fresh fruit and vegetables from the fields of Cartagena are abundant and tasty compliments from the land. Salted fish products such as salted tuna and its roe, that are produced following techniques from the Roman area. Cierva pie of San Javier with is characteristic salt – sweet flavor. Lamb and typical cold meats. All of this forming with a natural and healthy gastronomy that you will enjoy and delight. 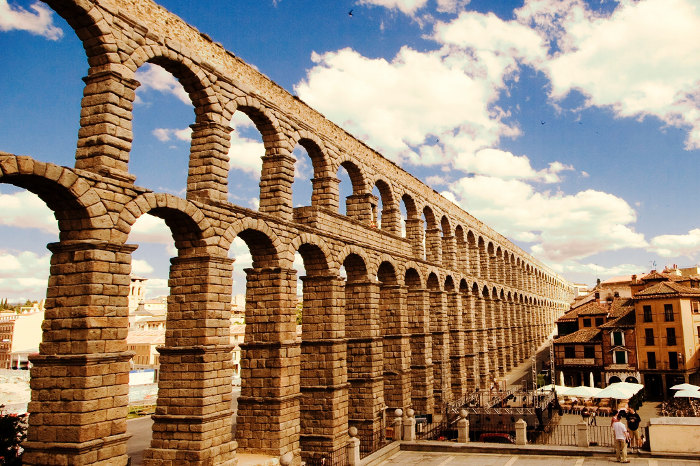 In La Manga you can rest, practice sport, and also get to know the local history, join in theatrical or musical productions or participate in the Traditional Fiestas of the area.

But should you prefer to enjoy something more sporty, we offer a relaxing day of golf on one of the four courses in the area, among them the exclusive camp of La Manga Club in Los Belones, or a trip on horse back or bicycle through the beautiful countryside. You can also make boat trips to Mar Menor’s islands and along the nearby Mediterranean coastline.

Important traditional celebrations, such as the “Carthaginians and Romans” in Cartagena, allow you to get to know the people and the customs of this land. With nightfall fun is guaranteed: restaurants, bars, discotheques and a casino offer the prospect of prolonging a day full of varied experiences.

La Manga is perfectly connected by all means of transport. Two airports, Murcia’s San Javier and El Altet in Alicante, both having schedule flights to all parts of Europe. Motorways to Madrid, Andalucia, Barcelona and throughout France to other countries, enabling your trip to be comfortable and quick. The train station in Cartagena and Balsicas-Mar Menor, and regular bus services also contribute to you reaching your destination in the most simple and uncomplicated manner.